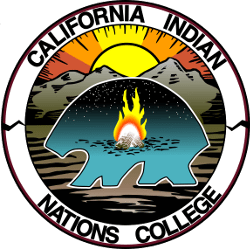 The California Indian Nations College began with a “strategic planning committee (CINC SPC)” comprised of over 35 members and is a coalition of constituents from the local Indian Community within the Southern California region. The CINC SPC supports a vision to establish a two-year accredited college with a curriculum that incorporates indigenous culture, native language revitalization along with the re-institutionalization of traditional Native American values.

With the support of the local indigenous community, Twenty-nine Palms Band of Mission Indians, College of the Desert, and the Native American educators who serve on the CINC SPC, CINC has become an integral part of an initiative supported by UC Riverside’s Chancellor Wilcox and the UCR Chancellor’s Native American Advisory Committee to create this college for all indigenous Nations in- and potentially outside the state of California. Given this high-level professional support, CINC will serve as a pipeline for future UCR students and all other desired universities with strong Native American studies and culture.

According to the American Indian Higher Education Consortium, there are currently 37 accredited Tribal Colleges within the United States of America, with most positioned in the North and Northwest; yet not one accredited Tribal College is located within the State of California. Thus, CINC, located in Southern California, will be a monumental establishment for the future of all indigenous people in the southwest region and beyond.

With this said and with the continued dedication of the CINC Strategic Planning Committee, the CINC Foundation, and with the support and partnership with Twenty-nine Palms of Mission Indians, College of the Desert and the University of California Riverside, CINC began offering accredited courses in Fall 2018.