Diversity, Equity and Inclusion at UCR

Diversity is not an abstract concept at UC Riverside.  It is a source of strength and pride for our students, faculty, staff, alumni, administrators and community at large.  Awareness of, and a focus on, inclusion is imbued in all we do and reflects a historical commitment to the value of inclusive excellence and difference that matters.  The senior leadership of UCR is racially and ethnically diverse.  Forty percent are women.  Many are first-generation college graduates, several were born outside of the United States, and a wide range of faith traditions are represented.  Among the group are individuals who are members of the LGBT community and U.S. veterans.

Chancellor Kim A. Wilcox recreated the position of the Vice Chancellor and Chief Diversity Officer to build upon our campus successes in undergraduate diversity and student success by extending this momentum into all sectors of the campus toward a holistic vision of what diversity and inclusivity can mean, educationally and sociopolitically, for the university and its members.

As UCR’s chief diversity officer, Mariam Lam reports directly to the Chancellor, serving as his primary discussant on all matters relating to inclusion, equity and campus climate.  Her role is to serve as an innovative leader, promoting a university environment that values differences among its members, fostering communication across groups, and leading strategic initiatives.  The chief diversity officer also partners with other senior administrators and assists all units of the campus, from student service programs and human resources to academic personnel, in their efforts to recruit and retain diverse faculty, staff, and student body. She plans, implements and oversees the development of programs and activities that support a culture of open inquiry, pluralism, mutual respect and engagement throughout the campus.  UCR believes that diversity is not philanthropy; it is a means to inclusive academic excellence. 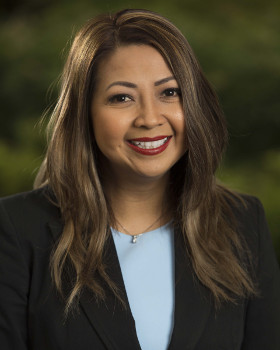 About the Vice Chancellor and Chief Diversity Officer

In her role as the Vice Chancellor and Chief Diversity Officer, Lam advises the leadership team, including the Chancellor, on all issues related to diversity, equity and inclusion, and sets the vision and course for positioning UCR as a national leader in reimagining diversity in higher education. She heads a wide range of initiatives and committees that address DEI, partners with campus and community stakeholders to advance UCR’s diversity mission, and represents UCR at the system, state and national levels.