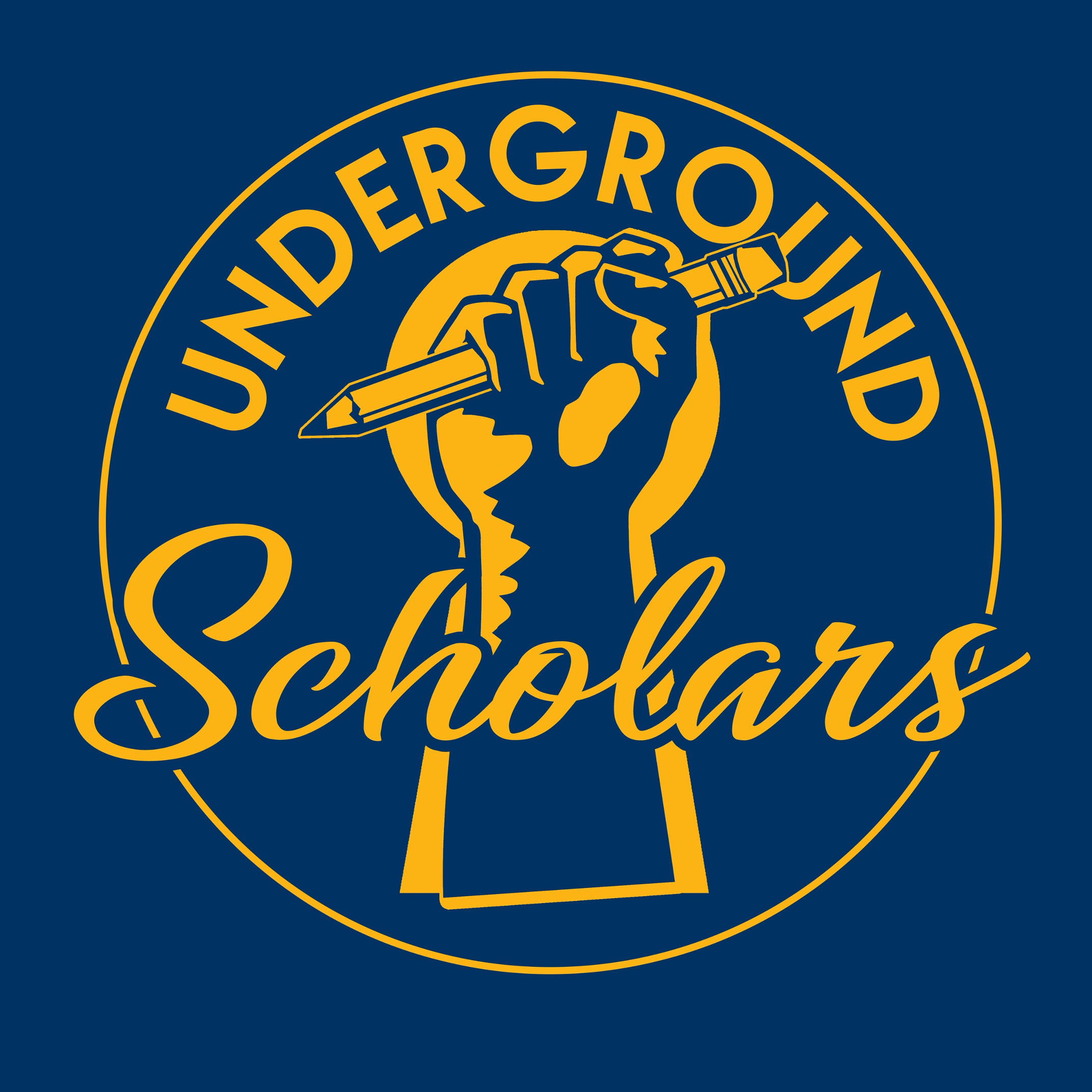 Underground Scholars Initiative (USI) is student operated and is composed of nearly all UC campuses statewide. As a statewide collective, USI works in cohesion with RUS. The two organizations, RUS & USI, are separate and aligned. From our allies to the north, such as UC Berkeley, UC Santa Barbara, and UC Santa Cruz, to our allies closer to home; for example, UCLA, UC San Diego, and UC Irvine, our statewide collective stands in solidarity with one another.

If you are interested in learning more about Underground Scholars and would like to become involved with our mission to recruit, retain, and advocate for the higher education of formerly incarcerated and system-impacted students, please contact the student organization at undergroundscholarsucr (at) Gmail (dot)com OR  USI(at)UCR(dot)edu

In 2014, USI received funding from the University of California Berkeley through a fee referendum that students voted on. That funding made it possible for USI to secure office space on campus, hire their first director, transfer coordinator, and five formerly incarcerated students to work in their office. In 2016, they partnered with Senator Loni Hancock, who led an effort to secure funding from the state to develop an academic support program to serve formerly incarcerated students in addition to the student-operated organization, USI. Berkeley Underground Scholars (BUS) was born out of that effort, and the statewide movement of USI began.

As Berkeley’s USI members completed undergraduate coursework and advanced into graduate programs across the UC system, they began building chapters on other campuses. As of today, Underground Scholars is on nearly every UC campus. The establishment of Underground Scholars at UC Merced is currently in progress, at which point USI will have secured its presence at every University of California offering undergraduate instruction.

UC Riverside’s USI chapter was established in 2018 and has presented its work at the Beyond the Bars Conference at Columbia University, the National Conference on Higher Education in Prison in St. Louis, Missouri, and UCR’S Persist: Women’s Political Engagement Conference. Underground Scholars at UC Riverside is proud to proclaim they have earned supportive relationships with Assemblyman Jose Media as well as Congressman Mark Takano, a member of the House Education and Labor Committee. 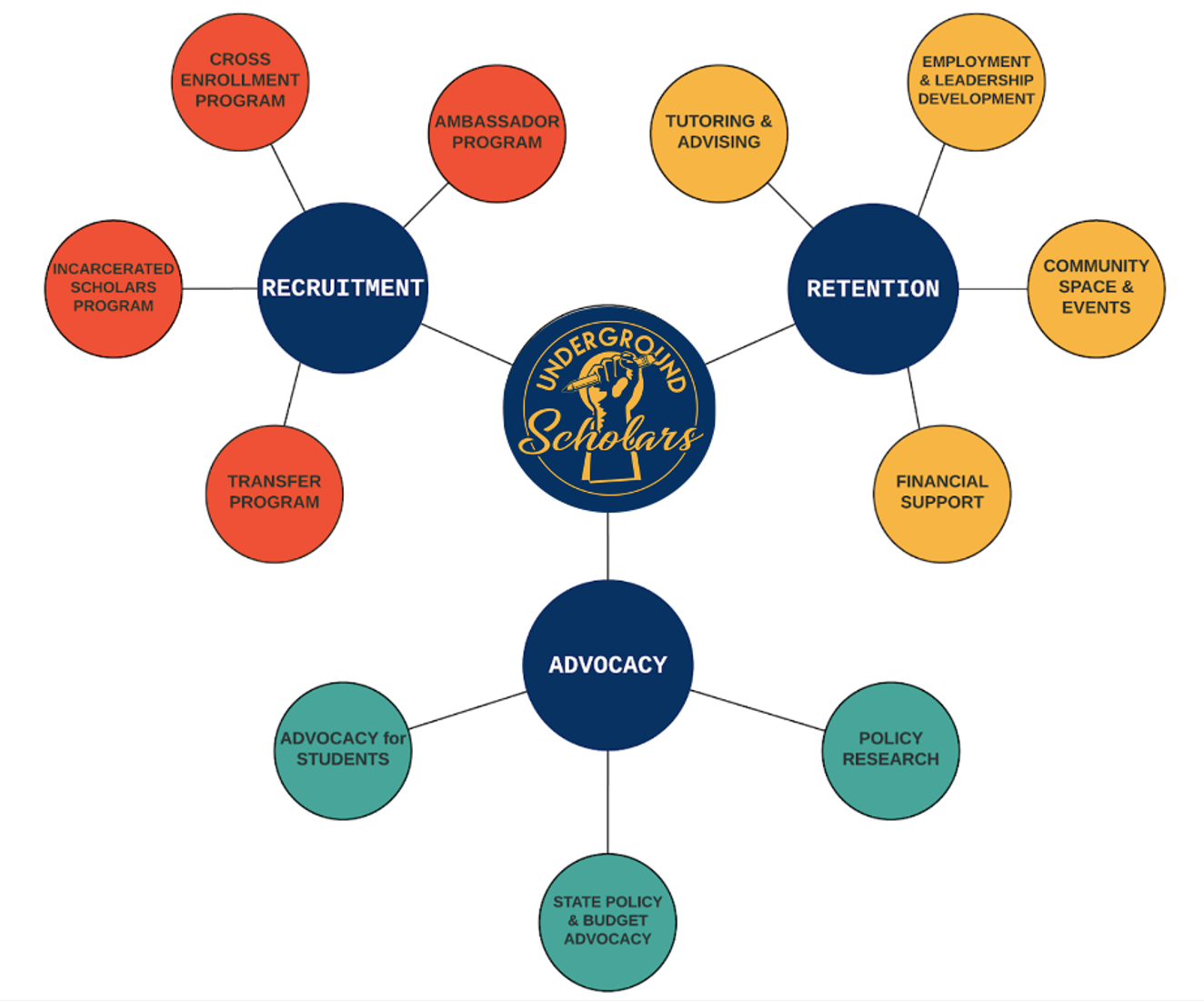